There is much talk and controversy about the causes of Autism and the varied Autism Spectrum Disorders. Treatment today varies from prescription medication to occupational therapy. Many parents are concerned about the long-term effects caused by drugging their children with high doses of psychiatric medication such as stimulants and sedatives during early formative years. Many complain of side effects and drug dependency later in life. 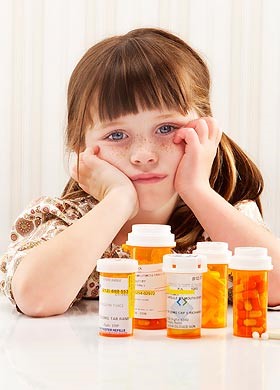 Some clinicians have even begun to question the safety of psychiatric drugs such as Ritalin TM. Dr. Peter Breggin, Director of the International Center for the Study of Psychiatry and Psychology (ICSPP), testified before US Congress in 2000 and spoke regarding the dangers of Stimulant Medication. Regarding long term concerns he mentioned that the Drug Enforcement Administration categorizes Ritalin TM, Dexedrine and Adderall in the same category as drugs with the very highest potential for addiction abuse including methamphetamine, cocaine and the most potent opiates and barbituates. Affecting the same three neurotransmitters systems and the same parts of the brain, prescribed stimulant use in childhood predisposes the individual to illicit drug abuse in young adulthood.1 Other known side effects of these drugs include drug-induced behavioral disorders, psychosis, mania, permanent neurological tics (Tourette’s syndrome), loss of appetite, reduced growth hormone production and depression. 2

Dr. Mary Margaret Gleason, an assistant professor at Tulane University trained as both a pediatrician and child psychiatrist says she meets many parents who are “exhausted, overwhelmed by their child’s symptom pattern, and frustrated by the time and energy it has taken to find a provider who will see a young child … For some in this situation, there is a belief that medications will be a quicker solution and will require fewer appointments, less time off from work, and overall less energy.” 3

Case studies, research studies and literature review consistently show the effectiveness of chiropractic care for children with many kinds of neurological conditions including learning disorders, hyperactivity, inability to concentrate and behavioral problems. Results include reduction in hyperactivity, increased social interaction and other positive changes in behavior. X-Rays and spinal examinations often reveal upper cervical misalignments which create pressure on the brain stem and inhibit the brain’s ability to communicate properly. These misalignments can occur during traumatic births or other trauma during childhood such as falls or accidents. Spinal adjustments, including techniques such as Upper Cervical alignments and Chiropractic BioPhysics, specifically target these misalignments restoring proper configuration and allowing for the body’s innate systems to communicate without interruption.

A 4-year-old boy diagnosed with Autism Spectrum Disorder: Parents described him as having a “delay of language”. He self-injured and did not react to pain. He exhibited repetitive behaviors such as constantly rolling a ball in his hands and was unable to be potty trained. Spinal examination revealed a slight left head tilt and rotated pelvis. Initial treatment consisted of 15 chiropractic adjustments over the course of 8 weeks. After the patient’s first spinal adjustment, he made eye contact with his Chiropractor. On his third chiropractic visit, his parents reported that he was better able to understand direction. Before his 6th adjustment, he asked to “eat” and started calling his Aunt “Auntie” when she was present. During his 7th visit, he asked his father for a “hug” for the first time. On the 11th visit, his mother reported that he had stared calling her “momma”. By the 15thadjustment, he showed significant language development, increased sociability and cognitive improvements. 4

Chiropractic is a safe alternative and sometimes a safe complement to other treatments so often used. All the above-mentioned case studies showed significant improvement without the addition or increase of prescription drugs. Although reported as case studies, each of these children were unique individuals with unique situations. Each had concerned parents and individual personalities waiting to come through the fog of neurological dysfunction.  They each share one common element in their lives: life-changing improvements achieved through the science of chiropractic.

There are so many published case studies and improvements we have personally seen in our own office, it would be impossible to list on this page. If you or someone you know has a child with learning, behavioral, hyper attention disorders or autism, why not give chiropractic a try?  Dr. Deanna Barbaro assesses children with X-Ray technology and spinal evaluations prior to any treatment. Call (239)263-3369 and schedule an appointment today.